“She’s going down!” the men yelled, scrambling away. Their ship, The Endurance, was sinking. Antarctic ice had entrapped her for more than ten months and finally, on the 21st of November, 1915, she slipped away for good. The expedition’s leader, Sir Ernest Shackleton, was forced to watch as his men’s last connection with the civilized world disappeared underneath the stark polar ice. Stuck on the winter ice pack, Shackleton could do little but order his twenty-seven men to march for the nearest land, Elephant Island, over 300 miles away. And even after they reached solid land, the nearest civilization was little more than a scattering of whaling stations on the island of South Georgia, another 800 miles distant.

Shackleton didn’t hide from the hard truth. If they were to save themselves, South Georgia would have to be their goal. Choosing a handful of skilled men to accompany him, Shackleton sailed, rowed, and hiked the last 800 miles. He survived starvation, frostbite, and polar hurricanes, but found the whalers and returned to Elephant Island four months later to rescue those left behind.

Save your Scotts and Roald Amundsen’s. I can think of nothing that embodies the spirit of polar exploration, in all its grim determination, boundless hope, and humanity more than the story of Shackleton’s hardship. Shackleton recorded his experience in the book South: The Endurance Expedition.

But South doesn’t just represent the explorer’s spirit, hidden within its pages is an evolutionary puzzle. This book, in fact, presents one of the first recorded instances of a bizarre psychological phenomenon known as the Third Man Factor. Read:

“When I look back at those days,” writes Shackleton, “I have no doubt that Providence guided us, not only across those snow fields, but across the storm-white sea… I know that during that long and racking march of thirty-six hours over the unnamed mountains and glaciers of South Georgia it seemed to me often that we were four, not three. I said nothing to my companions on the point, but afterwards Worsley said to me, ‘Boss, I had a curious feeling on the march that there was another person with us.’ Crean confessed to the same idea. One feels ‘the dearth of human words, the roughness of mortal speech’ in trying to describe things intangible, but a record of our journeys would be incomplete without a reference to a subject very near to our hearts.”

The Third Man Factor is that feeling Shackleton describes, an unseen spirit or companion. Its often seems to happen to explorers and travelers who have reached the grimmest peaks of desperation. The mountain climber Reinhold Messner, aviator Charles Lindbergh, and the geologist Stephanie Schwabe all reported feeling a friendly and comforting figure guiding them out of impossible situations. Thousands of others have experienced it as well. Some have attributed to divine intervention or guardian angels.

Biologically, this poses an interesting question. It doesn’t seem to be a fluke – why should this one particular phenomenon crop up again and again in perilous situations? It could be dismissed as hallucinations or delirium, but if it was, why do the affected continue to maintain their grip on reality? Why don’t they fall into flights of fancy? Why are the visitors universally helpful? And why did every single one of Shackleton’s men all feel their phantom companion?

The answer may be a behavioral switch, long-buried in our own psyches. Scientists in Switzerland have replicated this same phenomenon by electrically stimulating the temporo-parietal junction of an epileptic woman. The junction is part of the brain that organizes sensory information. When they activated the switch, the woman became convinced of a benevolent, calming presence. When the switch was turned off, the spirit disappeared.

It’s been suggested that some of our emotional idiosyncrasies may actually be naturally evolved tools. An article from Scientific American points out that depression makes us self-reflective, analytical, and cautious in stressful situations, exactly the qualities you might want if your life was on the line. Perhaps the Third Man is another one of these evolutionary tools, a self-created guide for the conscious mind through the worst of hardships, pointing out advice that we had always known and simply forgotten.

If this is true I have a hard time thinking of anything more beautiful than a creature evolved to invent angels.

After the Endurance expedition, Ernest Shackleton went home to England and volunteered to serve in World War I. In 1921 he returned to exploration, but suffered a fatal heart attack less than a year later. He was buried on South Georgia island.

Of the crew the Endurance left stranded on Elephant Island, Shackleton did not lose a single man. All survived. 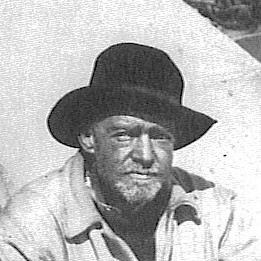